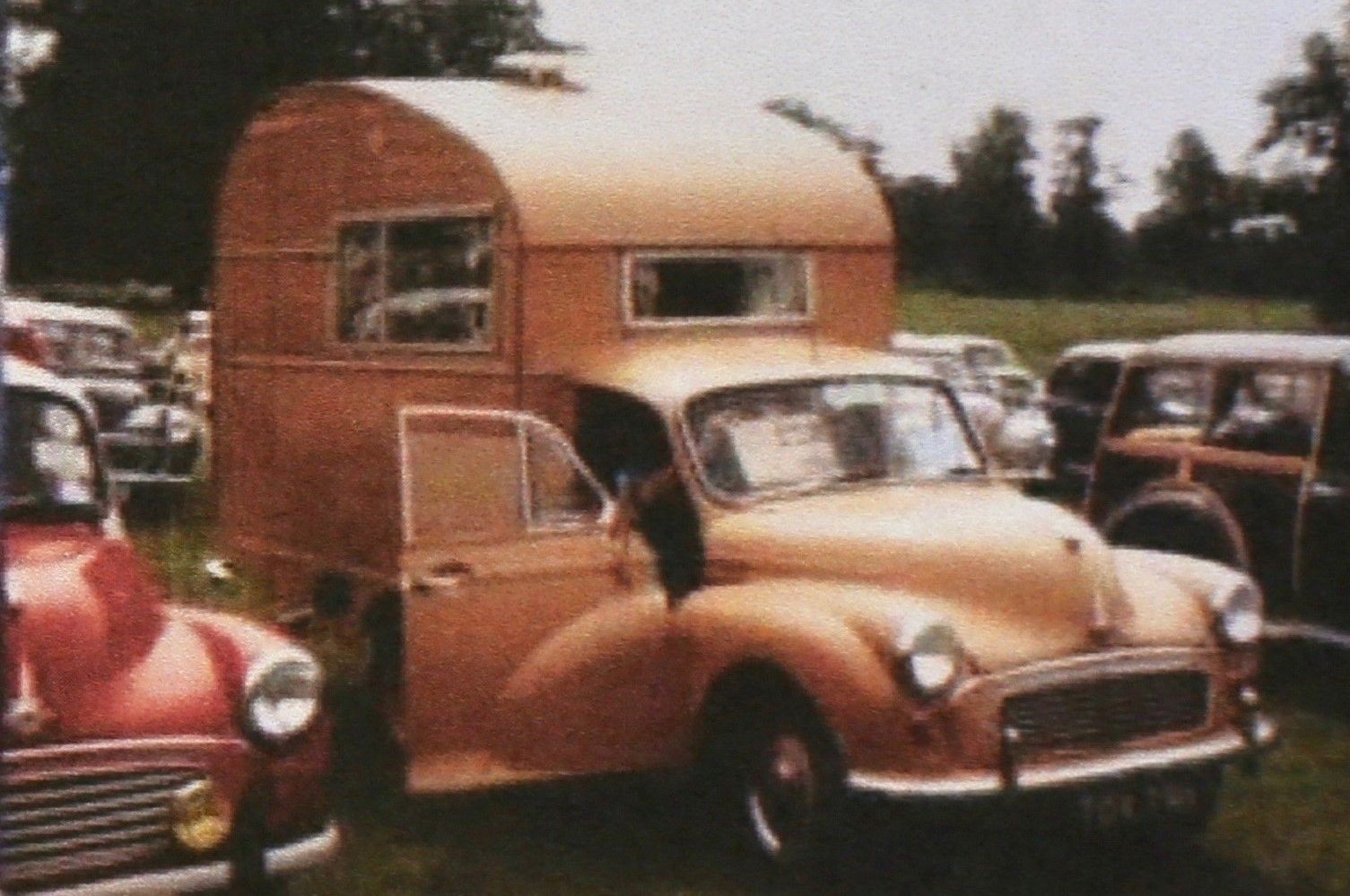 Billy is a unique camper van - a wonderful hybrid of a 1970 Morris Minor Pick-Up and a 1960 Fisher Holivan Junior caravan.

The caravan was joined to the pick-up, on an extended chassis, at some time in the 1970's, and the earliest picture I have found of Billy shows him in a light brown. Over the years he has had a few colour changes - blue and white in 2003, black and grey in 2008, and red and white in 2009. And of course, his latest reincarnation in 'Liquid Caramel' and English White!

Billy is well-known in the classic car world, and is affectionately called 'The Snail' - as he carries his home on his back!

Having started life working as a pick-up for a timber merchant and a brass foundry, he's come a long way to being the beautiful camper van he is today.

Since his conversion, Billy has always been used as a camper, including in the 1980's touring Ireland for a couple’s honeymoon. He's also been seen at many classic car shows and won many prizes, from Best in Class to Best in Show, as well as being shown at the NEC Classic Car Show.

His full history file has gone missing over the years, and continuing to put together Billy's new 'This Is Your Life' is one of my ongoing passions.

I find it fascinating to learn about Billy's heritage and how he's been used and enjoyed for almost half a century, and it never fails to make me smile when I think of all the people who have had fun and adventures with him for nearly fifty years. 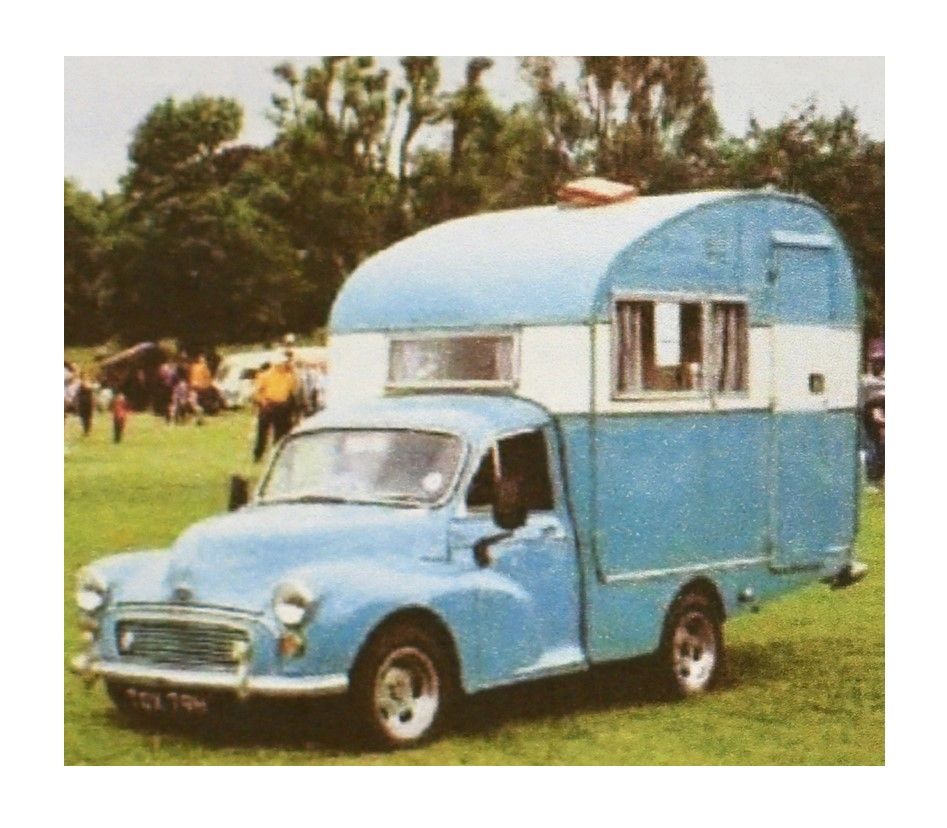 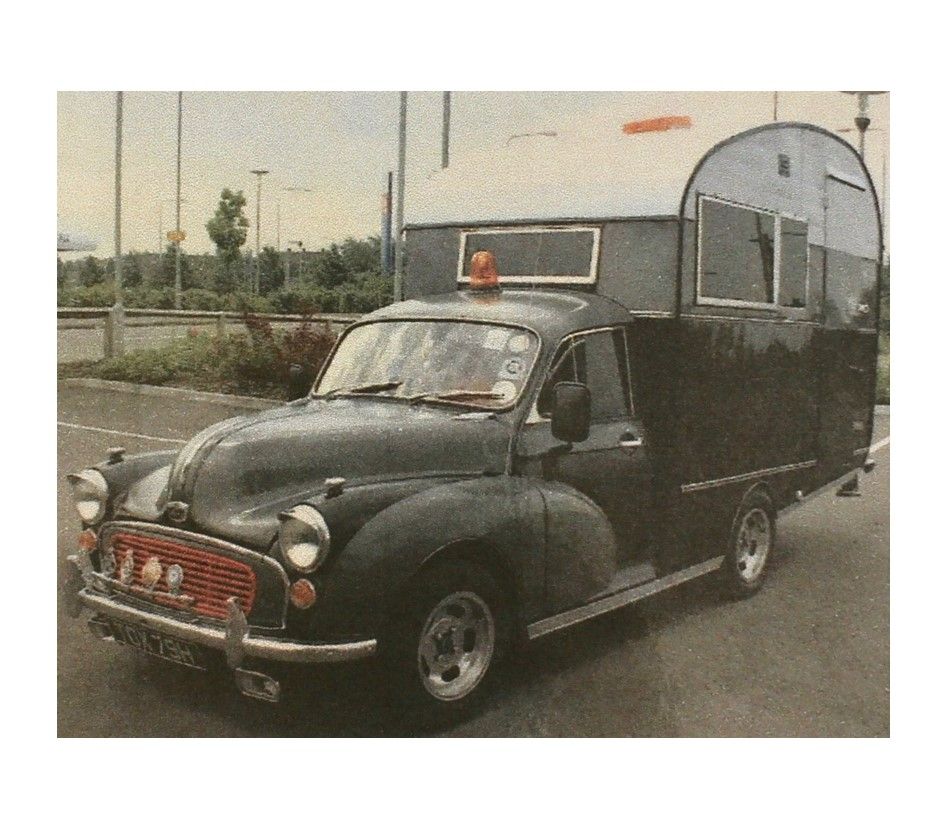 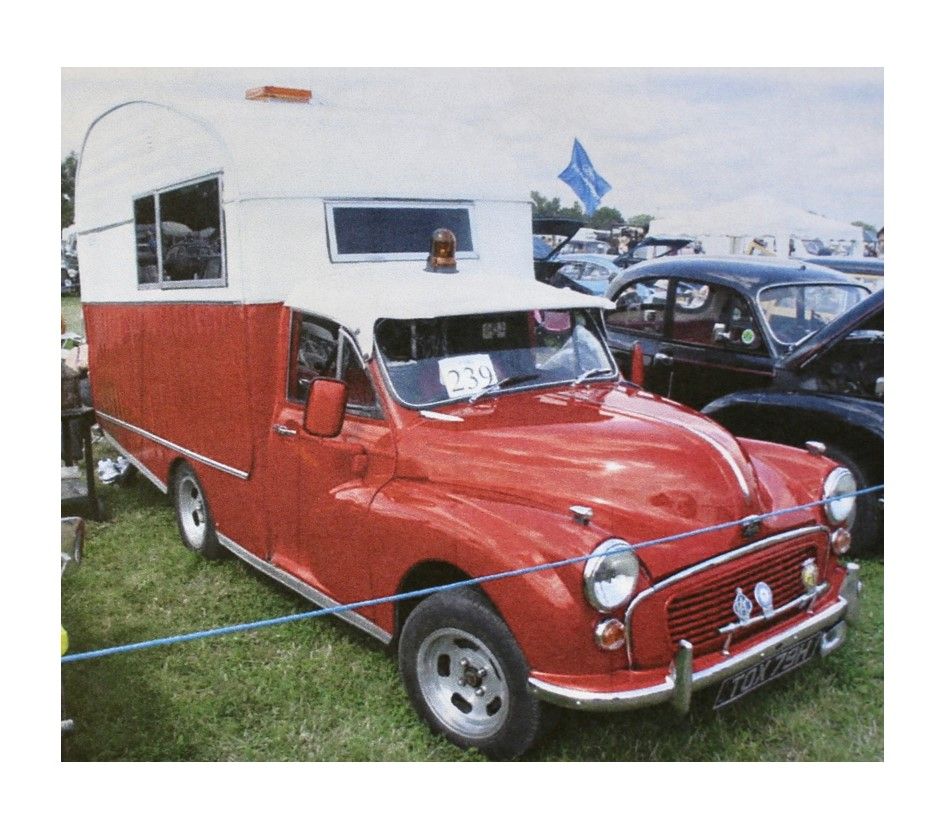 I adore everything about Billy  - his design and quirky appearance, his gorgeous curves, the way his engine sounds like a revved-up sewing machine,
and that he is small yet perfectly formed - fitting everything you need in a home in a space less than 2.5 x 1.5 metres - or 8' x 5' in 'old money'.

Morris Minors were made in Britian by Morris Motors Limited from 1948 to 1972.

The Morris Minor made its debut at the Earls Court Motor Show in London on 20 September 1948, available initially as either a two-door saloon or convertible tourer. The range was developed to include a four-door saloon, a wood-framed estate car, a panel van and a pick-up.

Morris Minors are considered to be a classic example of motor vehicle design, as well as typifying 'Englishness'.

Billy left the assembly line originally as a 1000cc series, and his engine has since been upgraded to 1098cc, giving him just a little more pulling power! 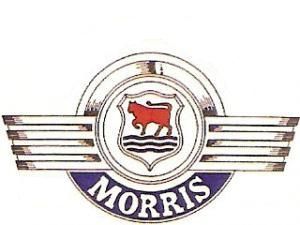 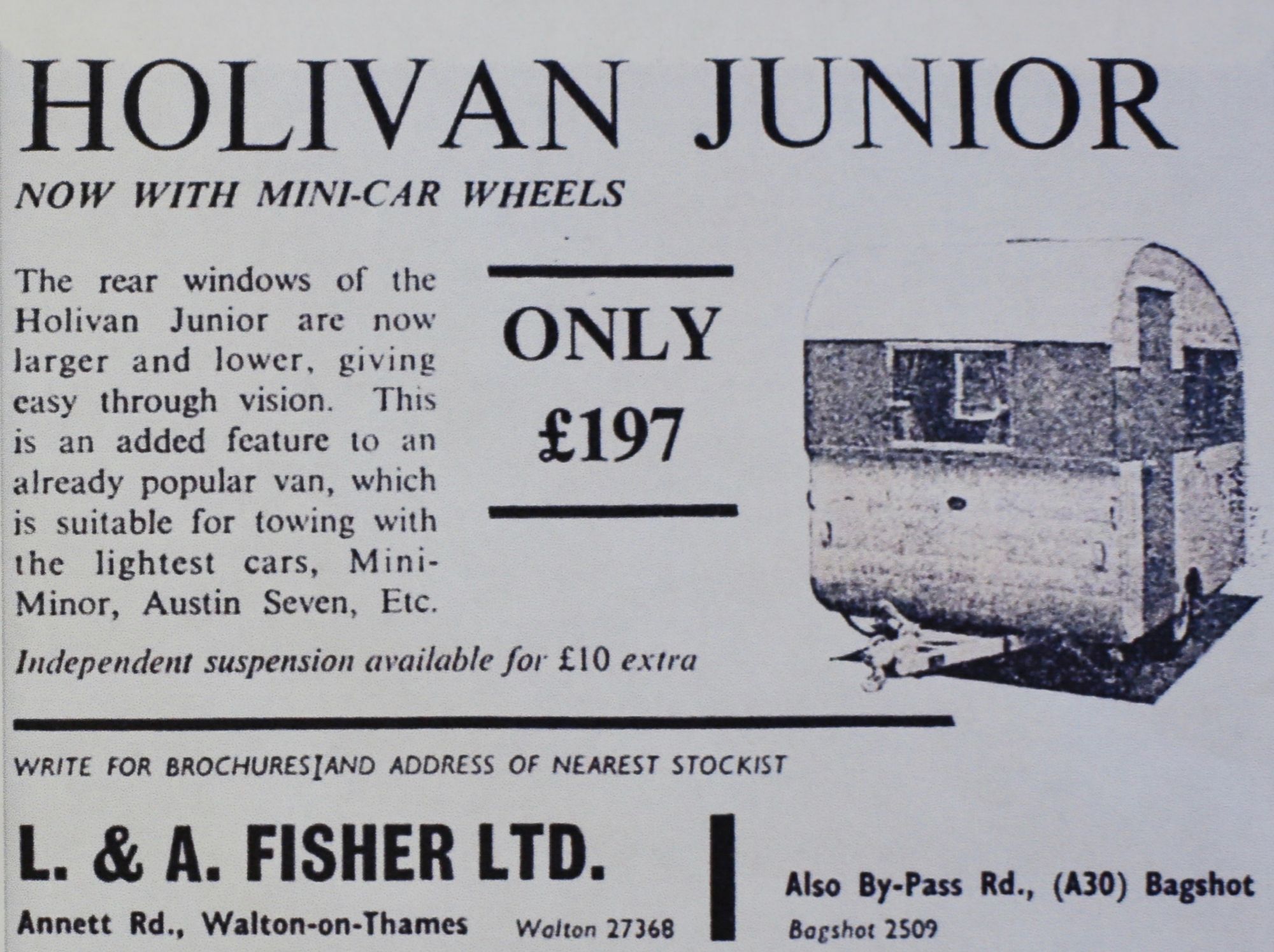 The company was established in Surrey by bothers Leslie and Alex Fisher, and all their caravans were hand made by craftsmen. They created a successful niche market, building lightweight caravans - weighing less than 260Kg, designed to be towed by the small British cars of the time.

The model of Billy's caravan is identified as a Fisher Holivan Junior, as the aluminium panelling has vertical ribbing at the bottom and horizontal ribbing at the top with a smooth panel in the middle.

It is believed there are now less than twenty Holivan Juniors left in the World, including Billy!

Find out more about my My Journey, my adventure with Amazing Spaces, and Billy's Restoration.

HEAR FROM ME WITH NEWS AND UPDATES. JUST POP IN YOUR EMAIL BELOW!